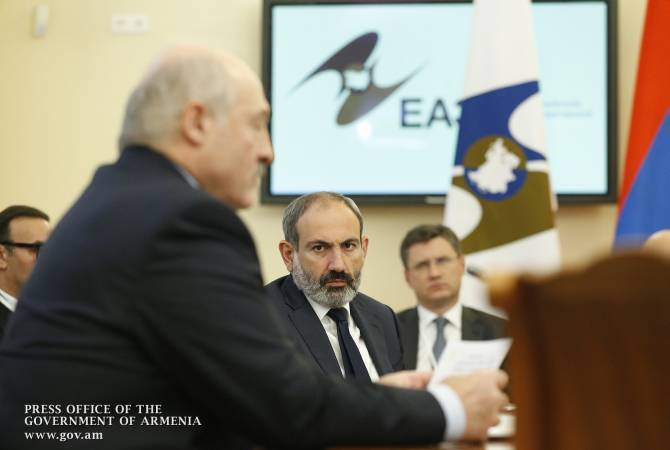 He made the remarks during a meeting with Russian journalists, according to his office.

As an example, Lukashenko mentioned the latest EEU summit in St. Petersburg, Russia, when he was approached by Russian reporters.

“They always grab my hand, knowing I won’t just pass by a microphone when someone is asking a question. I respect reporters, I answer their questions, I say that the situation got so heated there that we had to apologize from one another,” Lukashenko said, referring to the EEU summit.

He added that Russian media reported about his dispute with Russian President Vladimir Putin, and then wrote that he had to apologize to Putin for starting the conversation.  “God be with you. I would find it below my dignity to apologize for it. I have apologized to Nikol [Pashinyan] for attacking him for various reasons. Putin apologized to everyone. It was a mess. Nazarbayev began apologizing. And this really happened, we were apologizing from one another at this session. But they [Russian media] were deliberately spreading that info,” Lukashenko said.