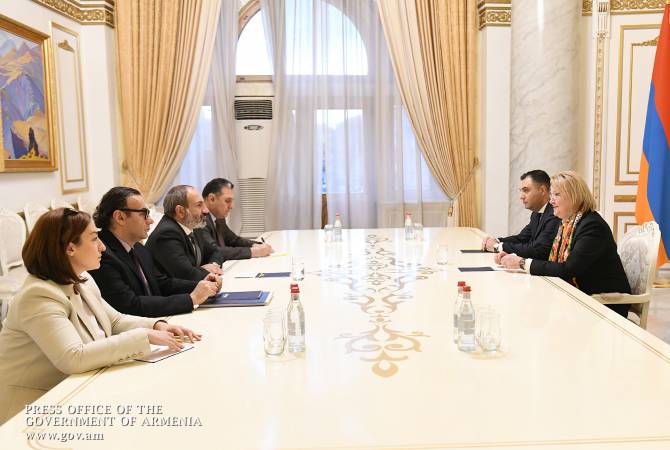 As ARMENPRESS was informed from the official website of the Prime Minister of Armenia, the acting PM congratulated the Ambassador on the occasion of assuming the post and wished her success. Pashinyan mentioned that Armenia highlights expansion of both bilateral and multilateral relations with Latvia, as well as deepening cooperation in the sidelines of the EU.  In this context Pashinyan highlighted the ratification of the Comprehensive and Enhanced Partnership Agreement between Armenia and the EU by the parliament of Latvia.

Referring to the changes going on in Armenia, Nikol Pashinyan emphasized that Armenia moves forward along the path of development of democracy.

The newly appointed Ambassador of Latvia thanked the Armenian acting PM and assured that will spare no efforts for deepening relations between the two countries. Ingrīda Levrence said that as an EU member state Latvia is ready to share its experience in cooperation with the EU and support Armenia in that process.

The Ambassador of Latvia congratulated Nikol Pashinyan on successfully holding the early parliamentary elections on December 9.