Former Secretary of Security Council will obstruct justice if not arrested, argue investigators 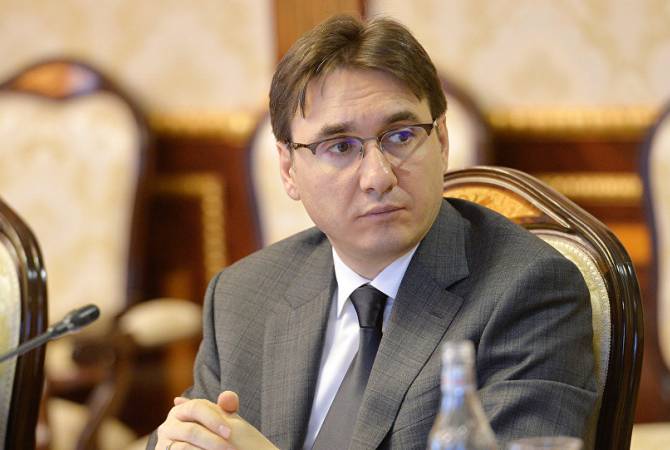 After the court adjourned today, Alexanyan told reporters that the main argument of investigators is that Gevorgyan will obstruct justice if not placed in custody.

He said they have prepared objections.

“We will dispute both conditions of the arrest and the grounds. But if the court rules that grounds and conditions exist for his arrest we will file a motion for an alternative measure of restraint, bail,” Alexanyan said.

The lawyer said they won’t file a peremptory challenge for the judge because there are no grounds to do so.

He once again noted that Gevorgyan maintains innocence and denies the charges.

Former Secretary of the Security Council Armen Gevorgyan, a former deputy prime minister, denies the criminal charges that have been pressed by the Special Investigative Service.

A court hearing is currently underway on the SIS request to place Gevorgyan under pre-trial arrest.

“No comment until the court session is completed. I am familiar with the charges, understandably I do not accept the charges. All remaining clarifications will be presented by my lawyers after the court hearing,” Gevorgyan told reporters today.

As reported earlier, the Special Investigative Service (SIS) has pressed additional charges against Armen Gevorgyan, the former Secretary of Security Council of Armenia.

The three additional charges are assisting the overthrowing of constitutional order, bribery and money laundering, according to his lawyer Erik Alexanyan.

Gevorgyan was initially charged with obstruction of justice.

The court hearing was held yesterday, but the session was adjourned and scheduled for today at 10:30.

Gevorgyan is charged in the ongoing March 1 investigation concerning the 2008 post-election deadly unrest. From 2007 to 2008, he served as Secretary of the Security Council of Armenia.