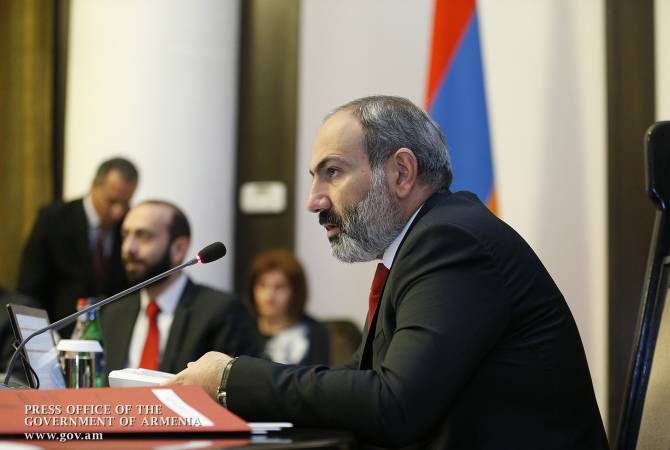 He emphasized that he had given concrete tasks in the context of 2019 budget bids discussions.

Pashinyan made the remark after his finance minister’s report regarding Project Implementation Offices (PIO) and State Non-Commercial Organizations (SNCO).

“I will not once again return to this topic, and woe to those officials who failed to carry out my tasks in this context,” Pashinyan said. “Meaning, we talk this much that this country is governed by the logic of PIO-isms and SNCO-isms and fund-isms, and every time when it comes to solving issues it turns out it needs to discussed again. We should discuss anything again. What’s a PIO? [chauffeur services], kickbacks, corruption, the largest corruption centers today, go and enter any sector, that’s what’s there and soon they will be revealed one by one. And yes, enough, each time they say, you know the employees at the ministry don’t have skills. Let’s dissolve these ministries then, then why are we keeping this entire state administration system and why have we divided it to grades of officials – first grade, second grade, third grade, and then we are saying we should raise salaries in the state administration system. How should we raise salaries when there are state administration systems where people are earning higher than anyone, ten times higher salaries. Are they privileged?

I am saying, a political decision has been made on this topic, and I will address it. And those officials who have failed to fulfill the tasks can take their stuff and leave from today. I am saying this very clearly,” Pashinyan said.