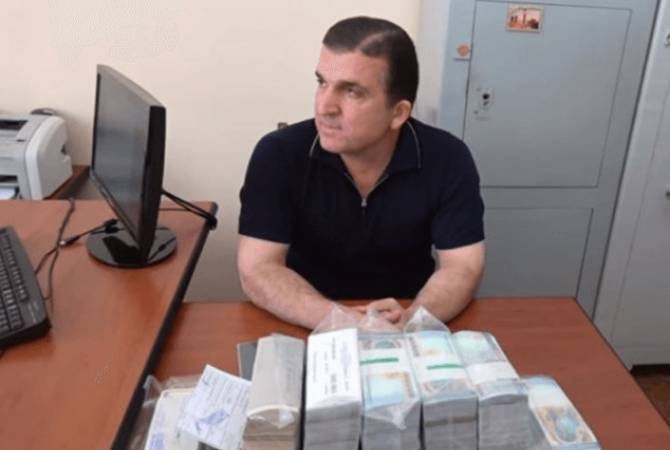 In a statement, he said he has clarified the origin of the money on his bank account, his wife’s bank account, as well as the cash that was found during a search of his home.

“In particular, I have informed [investigators] that most of it belongs to my close friend, a famous businessman and philanthropist living abroad, whose identity I don’t find appropriate to disclose,” he said in the statement.

He argues that the source of origin of the money is legal and that he has presented evidence to support it.

However, at the same time he pointed out that “this money was received prior to the criminalization of illicit enrichment, i.e. before July 1, 2017”.

“Regardless of everything, me and my friend are ready to transfer the abovementioned sum, around six million dollars, to the state for the fulfillment of projects aimed at strengthening the security of Armenia and Artsakh or other needs of the state, in case of the approval of the body carrying out the criminal proceeding,” he said.

A Yerevan court of general jurisdiction has denied bail for Vachagan Ghazaryan, a former high ranking security official in the Serzh Sargsyan administration.

Ghazaryan’s lawyer Armen Harutyunyan told ARMENPRESS they had filed a motion requesting his release for 5,000,000 drams, but it was denied.

“Today at 16:00 the court will examine the prosecution’s request on extending the pre-trial arrest period,” the lawyer said.

Ghazaryan was arrested by a court of first instance but later released on a sky-high 1,000,000,000 dram bail.

Later, a higher court ordered him to be re-arrested.

Ghazaryan served as first deputy director of the state protection service under the NSS until 2018 May 17. While in office, he was in charge of the security detail of then President Serzh Sargsyan.

Vachagan Ghazaryan was detained by National Security Service (NSS) agents on June 25 and placed under arrest the same day. Two days later he was charged for illicit enrichment and false asset declaration. He was remanded in custody pending trial on June 28.

Ghazaryan carried about half a million dollars in cash on him at the time of his arrest. He claimed that he withdrew the money from a bank with the purpose of returning it to the real owner of the money, without mentioning a name. Another 50,000 dollars was discovered in his car. The National Security Service said it had intelligence reports that Ghazaryan was planning to withdraw an additional 3,000,000 dollars from his and his wife’s bank accounts.

His wife is also charged with illicit enrichment.

Earlier in November, authorities said that couple is also suspected in money laundering involving an upscale restaurant in Yerevan.