Restoration of national structures among priorities of Syrian-Armenian community – lawmaker 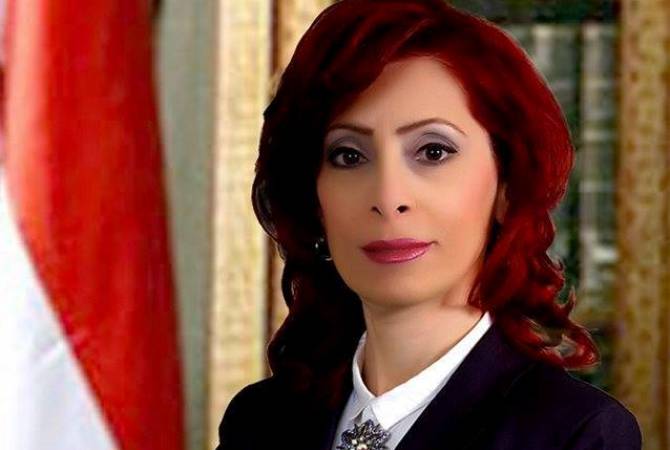 
YEREVAN, DECEMBER 12, ARMENPRESS. The Syrian cities are already liberated from terrorist groups, but the war is not over yet.

Recently ethnic Armenian MP of the Syrian Parliament Nora Arisian was in Armenia together with the Syrian parliamentary delegation.

She gave an interview to ARMENPRESS, talking about the life in Syria and outlining several problems which still are not solved.

-Mrs. Arisian, what was the purpose of your visit and what key emphasis will you mention from the visit?

It’s worth mentioning that on the sidelines of this event the delegations, as well as the members of the Syrian delegation visited the Armenian Genocide Museum and Memorial where they laid flowers and paid tribute to the memory of the victims with a moment of silence.

I would like also to highlight the visit to the Institute of Oriental Studies at the National Academy of Sciences of Armenia where we had a meeting with the director and researchers and discussed the cooperation prospects.

-What are the priority issues in the agenda of Syrian and Armenian Parliaments? In what directions the partner MPs must move on?

-During our meeting with the Speaker of the Parliament we have discussed the relations and prospects of the two Parliaments. It is necessary to make additional efforts to develop the relations of the parliamentary friendship committees in order to continue the centuries-old friendly ties.

-Major domestic political developments, such as revolution, establishment of new government, democracy, have taken place in Armenia recently. How do the Syrian partners perceive the Armenian events?

-Syria follows the ongoing developments and political changes in Armenia, with the hope that it would be possible to implement the numerous signed agreements after the snap parliamentary elections and the formation of the new Cabinet.

-And in this context what role ethnic Armenian lawmakers of the Syrian Parliament, the Armenian community in general can play in strengthening the Armenia-Syria ties?

-We strive to serve a bridge between the two countries and peoples, and we make all our efforts for the benefit of the development of relations between Syria and Armenia.

-Mrs. Arisian, what is the current situation in Armenian-populated areas in Syria from security perspective?

-It is necessary to note that the cities are already liberated from terrorist groups, but this doesn’t mean that the war is over. Yes, the life is more secure, although some problems exist, such as the water and electricity supply and etc.

-I think like for all Syrians, for us as well the restoration is the main agenda issue, especially the fact of the restoration of our schools and Armenian facilities, and these works actually require money, large-scale activities, and our main problems are here. Moreover, I think it is also necessary to take action to solve the problems of reconstruction of the community under the light of new conditions.

And as for the return of Armenians, I would like to state that the calm situation promotes the return of many, however, one should also consider the existing economic and social situation.