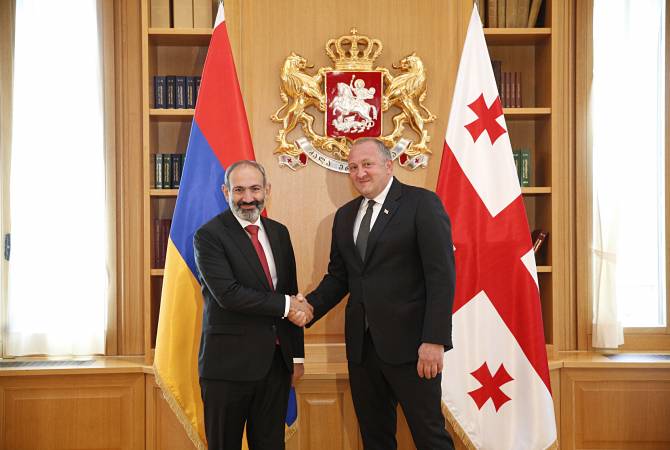 Giorgi Margvelashvili had a phone conversation with Nikol Pashinyan, during which he said that the victory of “My Step” block in the early parliamentary elections was impressive which will have a positive impact on Armenia’s future democratic development.

The Georgian President wished success to Nikol Pashinyan in the reform implementation in Armenia, and hoped that the friendly relations between Armenia and Georgia will further deepen.

Nikol Pashinyan thanked the Georgian President for the congratulations and his personal contribution to the development of bilateral relations. He noted that Armenia highly values Georgia as a friendly coutry and reliable partner.