Only Bright Armenia party will be opposition in Parliament, says party chairman 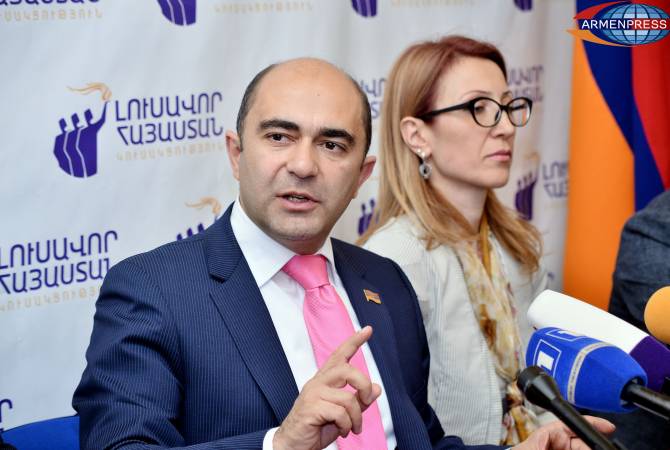 He said it’s normal that there are and will be opposition forces in the extra-parliamentary space. “The situation is such that there cannot be any other opposition in the Parliament”, he added.

Based on the preliminary results, 3 political forces have been elected to the parliament: My Step alliance – 70.44% of votes, Prosperous Armenia – 8.27% and Bright Armenia - 6.37%.