Armenia early parliamentary elections: 39.54% of voters participate in voting as of 17:00 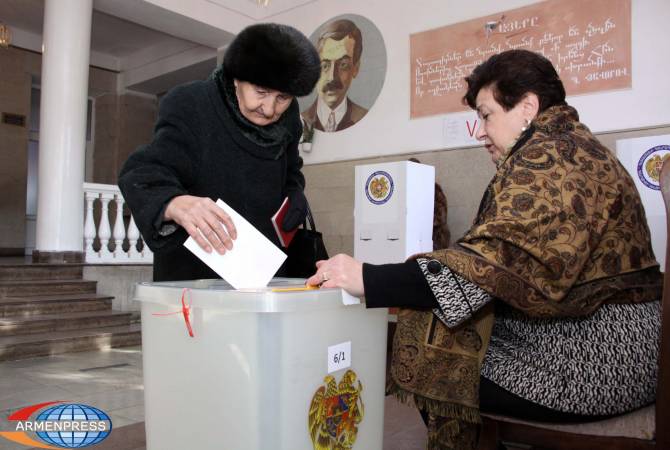 
YEREVAN, DECEMBER 9, ARMENPRESS. 1 million 25 thousand citizens or 39.54% of voters participated in the voting of the early parliamentary elections of Armenia as of 17:00, ARMENPRESS reports Armen Smbatyan, secretary of the Central Electoral Commission, said.

According to large provincial centers and communities with more than thousand voters in the provinces, the most active voter turnout has been registered in Kapan as of now, 31.68%, and the lowest turnout was recorded in Gyumri – 18.22%.

Early parliamentary elections kicked off in Armenia on December 9. All polling stations opened at 08:00. The voting will be over at 20:00.

The total number of eligible voters is 2 million 573 thousand 779.