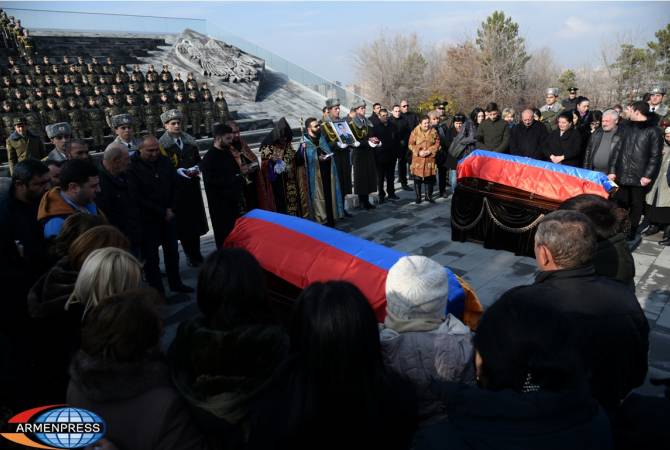 
YEREVAN, DECEMBER 8, ARMENPRESS. Lt. Colonel Armen Babayan and Major Movses Manukyan – the crew of the military SU-25 jet that crashed during a training flight – were buried with full military honors in the Yerablur Pantheon military cemetery.

“On December 4, we lost two brothers-in-arms, two defenders of the nation,” Davtyan said. “Assuming the sacred mission of defending the nation is a decision that each makes on his own. Each flight of a pilot is a heroic act, that requires absolute concentration of will and strengths. They made their final flight on December 4,” he said.

The cause of the crash is under investigation.