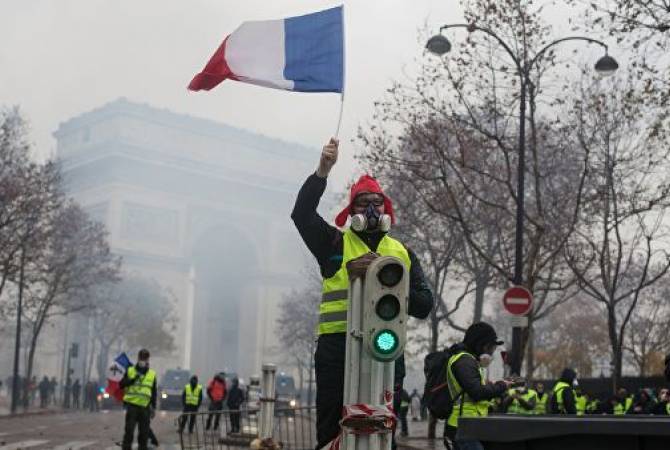 Hundreds were detained prior to and at the rally.

Prime Minister of France Edouard Philippe said 481 people were detained by police and 211 remain in custody.

Videos by RT from Champs Elysees Avenue show people coughing and sneezing after tear gas canisters were fired into the lines of demonstrators.

But earlier on December 6, the French government said it dropped the fuel tax hike plan that has sparked the massive protests known as the Yellow Vests movement.

The fuel tax hike plan was suspended with a moratorium on Tuesday for the 2019 budget.

“The government is ready for dialogue and is showing it because this tax increase has been dropped from the 2019 budget bill,” French Prime Minister Edouard Philippe told the lower house of parliament Wednesday, RT reports.

Protesters welcomed the government’s step to de-escalate the situation.

But, nevertheless, it is unlikely to bring an end to the movement that also includes other demands, such as raising taxes for the wealthy, increasing minimum wage and others.

A spokesperson for the Yellow Vests, Jacline Mourad, said that the concessions of the government are “on the right path”, but at the same time she said “they will not fundamentally change the movement”.

The moratorium was introduced after the protests turned violent, with hundreds of arrests taking place and many protesters and officers being injured in clashes.