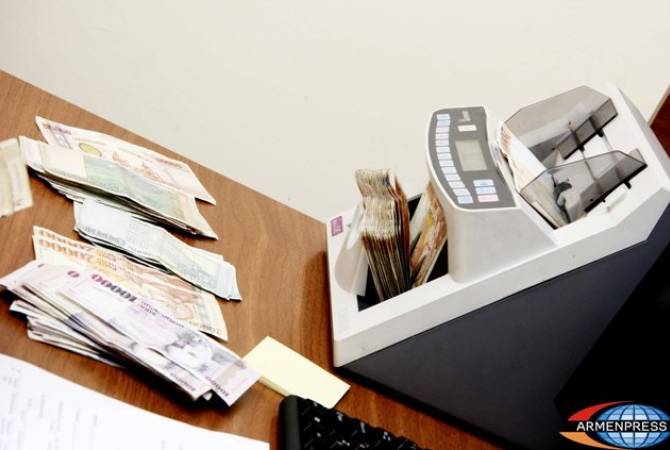 
YEREVAN, DECEMBER 6, ARMENPRESS. The Executive Board of the International Monetary Fund (IMF) discussed the Financial System Stability Assessment (FSSA) of Armenia and assessed the macroeconomic  indicators of the country as sufficient, and the financial system as stable.

Below is the report as published at the official IMF website.

“Armenia’s financial system has expanded further since the 2012 Financial Sector Assessment Program (FSAP). The country’s macroeconomic performance has been satisfactory, and the financial system has been stable. Armenia’s banking sector has weathered the 2014 economic slowdown, aided by additional capital injected by shareholders, several mergers, and improved regulation and supervision. At present, financial soundness indicators show signs of improvement. All banks meet the 12 percent minimum capital requirement. Bank profitability has gradually recovered, although it is still below pre-crisis levels. Nonperforming loans (NPLs) have fallen, of which a substantial proportion is covered by provisions, although NPL ratios are still high in a few banks.

Armenia is a small open highly dollarized economy subject to external shocks. Against this backdrop, the Armenia’s financial system is relatively shallow and dominated by banks. The banking sector’s assets equal about 78 percent of GDP, and subsidiaries of foreign banks make up a sizable proportion of banking assets. Capital markets are thin, and external financing is important for long-term financing, given a small domestic investor base. As illustrated by the stress tests, risks from a high degree of financial dollarization are significant, including credit risks and limited liquidity cushions in foreign currency in the event of external shocks.

Since the 2012 FSAP the CBA has made progress in strengthening Armenia’s financial system. The CBA has adopted measures to mitigate risks from dollarization. Higher risk-weights and provisioning were imposed on dollar assets to absorb the credit risk due to unhedged borrowing. Liquidity requirements were introduced in 2012 to mitigate the higher liquidity risk of foreign exchange funding. At the same time, the CBA has pursued an ambitious agenda to strengthen financial oversight, which includes adopting a risk-based supervision framework and addressing gaps in the regulatory framework identified in the previous FSAP.

Executive Directors agreed with the main findings and recommendations of the Financial System Stability Assessment (FSSA). They welcomed the progress made by the authorities in strengthening financial sector oversight and promoting financial deepening to further enhance financial sector resilience. Directors commended the Central Bank of Armenia (CBA) for the reforms undertaken since the 2012 FSAP review, notably in adopting the prudential measures to mitigate risks from dollarization and upgrading the risk‑based supervision framework. They encouraged the authorities to prioritize reforms, recognizing capacity constraints.

While welcoming the measures already adopted, Directors underlined that vulnerabilities remain from high levels of dollarization and insufficient liquidity cushions in foreign currency. They recommended that the authorities adopt the capital conservation buffer and the surcharge for domestic systemically‑important banks as planned, as well as measures to address credit risk from unhedged foreign exchange exposures, such as the introduction of a stressed debt service to income ratio limit. In addition, Directors advised the gradual introduction of the requirement for banks to maintain reserves in foreign currency for liabilities denominated in foreign currency and the liquidity coverage ratio and net stable funding ratio in Armenian dram and in U.S. dollars. They also emphasized the need to be prepared to implement the countercyclical capital buffer, if the current trend in credit growth persists.

Directors commended the improvements in banking oversight, but noted that shortcomings remain. They called on the authorities to refine the risk‑based supervision framework for a more granular assessment of banks’ capital needs, enforce large exposure limits, and amend the definition of nonperforming and restructured loans in line with international best practices. In addition, Directors encouraged the authorities to implement measures to improve transparency in reporting and accounting by corporations and sub‑national and state‑owned entities.

Directors noted the narrow functions of the Deposit Guarantee Funds and the absence of a true interagency high‑level crisis management committee. They urged the authorities to fully develop all components of the financial safety net and crisis management arrangements in line with international standards and best practices. Given the significant presence of foreign subsidiaries, they stressed the importance of expanding the supervisory memoranda of understanding to include resolution planning of foreign subsidiaries in Armenia.

Directors welcomed the progress in enhancing the AML/CFT framework since the 2015 assessment. They looked forward to continued efforts to address the remaining gaps to align the framework with the Financial Action Task Force standard.

The Financial Sector Assessment Program (FSAP), established in 1999, is a comprehensive and in-depth assessment of a country’s financial sector.”