Trump weighs in on Yellow Vests protests in France 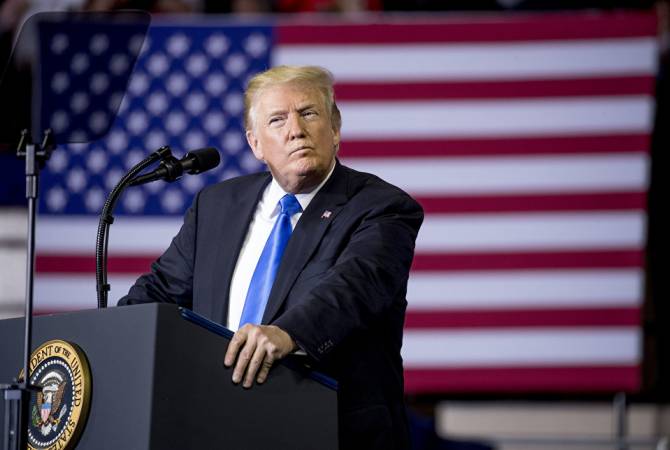 
YEREVAN, DECEMBER 5, ARMENPRESS. According to U.S. President Donald Trump, the Yellow Vests protests in France prove that the US was right to withdraw from the Paris Agreement.

“I am glad that my friend Emmanuel Macron and the protestors in Paris have agreed with the conclusion I reached two years ago. The Paris Agreement is fatally flawed because it raises the price of energy for responsible countries while whitewashing some of the worst polluters in the world. I want clean air and clean water and have been making great strides in improving America’s environment. But American taxpayers – and American workers – shouldn’t pay to clean up others countries’ pollution”, he tweeted.

French Prime Minister Edouard Philippe has announced a six-month suspension of the fuel tax hike which triggered massive unrest across the country, saying the measure is aimed at stopping the violence and restoring public order, RT reports.

The French government will suspend the fuel tax rise for six months to calm down the Yellow Vest protests, Prime Minister Edouard Philippe said in a televised speech on Tuesday. He stressed that no tax should endanger public unity and “the violence must stop.”

Philippe said the protests represented “the anger of the France that works hard and struggles to make ends meet.” Despite the concessions, he slammed rioters who assaulted police, saying they will be found and put on trial.

“This anger, you’d have to be deaf or blind not to see it or hear it,” Philippe said in an address. “The French who have donned yellow vests want taxes to drop, and work to pay. That’s also what we want,” the Prime Minister maintained.

The fuel taxes will not rise until they are debated by all stakeholders and the French people. He also promised to increase the minimum wage by 3 percent next year and direct the government to focus on improving living standards.

Earlier on Monday, Total said several dozen of its gas stations in France had run dry as a more than two-week long protest over fuel tax hikes began to impact fuel reserves and distribution, Reuters reported.

Approximately 75,000 protesters took to the streets across the country in the weekend, the French interior ministry said.

On Saturday, around 400 protesters were arrested in Paris.

More than 130 people, including 23 police officers were injured.