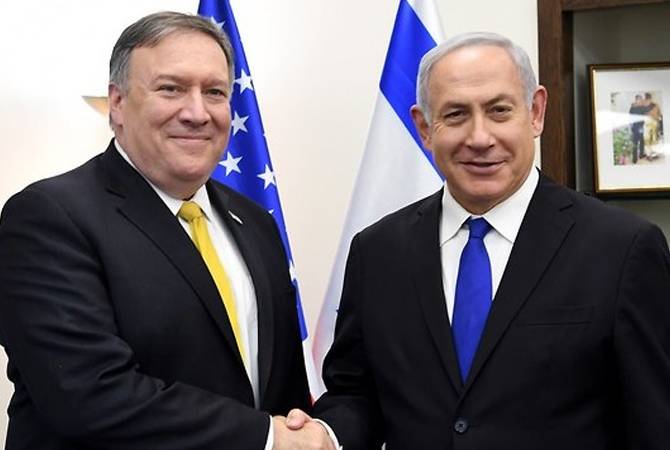 
YEREVAN, DECEMBER 4, ARMENPRESS. US Secretary of State Michael Pompeo announced supporting Tel Aviv and emphasized the country’s absolute right to self-defense during the meeting with Prime Minister of Israel Benjamin Netanyahu in Brussels, the State Department said in a statement.

“The Secretary of State emphasized the US commitment to Israel’s security and absolute right to self-defense and to fighting anti-Israeli bias at the United Nations”, the statement says.

The Secretary reiterated US support for warming ties and increased dialogue between Israel and its neighbors in the Middle East and Africa, including Oman and Chad.

“Secretary Pompeo noted the strength of the US-Israel alliance and our multifaceted cooperation. He reiterated America’s resolve in confronting the totality of the Iranian regime’s threats through maximum pressure”, reads the statement.