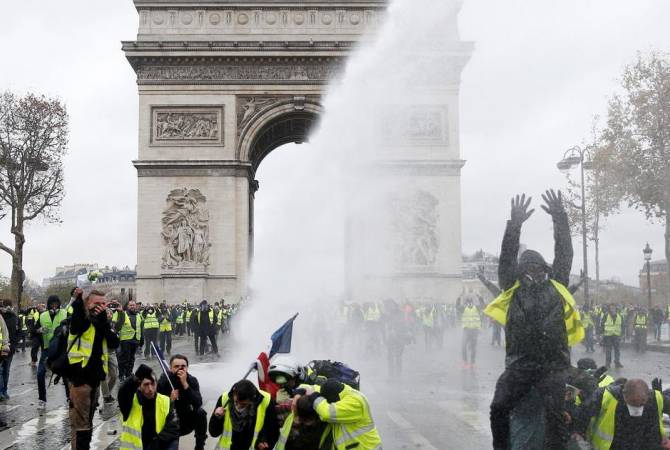 Approximately 75,000 protesters took to the streets across the country in the weekend, the French interior ministry said.

Prime Minister Edouard Philippe earlier said that 378 protesters have been arrested in Paris.

He said that around 1500 people were demonstrating around the Champs-Elysees Avenue. Protesters piled up various kinds of materials in the middle of a street near the Arc de Triomphe and set the debirs on fire, according to France24.

More than 130 people, including 23 police officers, have been injured.

Authorities have deployed thousands of backup police forces into Paris.

"We are in a state of insurrection, I've never seen anything like it," said Jeanne d'Hauteserre, the mayor of Paris' 8th district, near the Arc de Triomphe, according to France24.