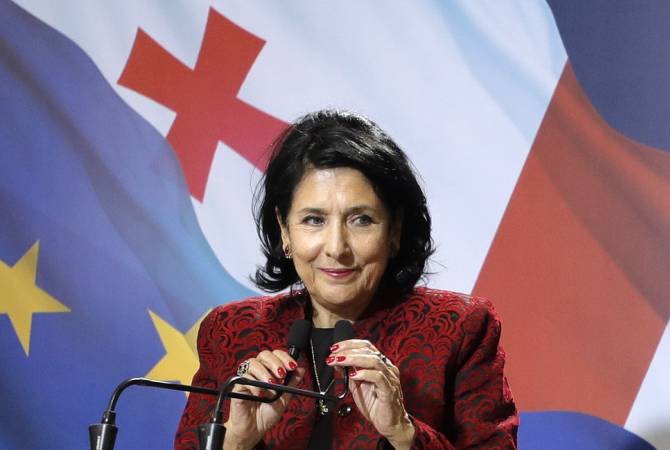 
YEREVAN, NOVEMBER 29, ARMENPRESS. Salome Zurabishvili wins in the second round of the presidential election in Georgia with 59.56% of votes, according to the data of the Central Election Commission.

The next presidential candidate, Grigol Vashadze, received 40.44% of votes.

Zurabishvili thanked voters for support. “Thank you for your trust. I will be the president of all Georgian citizens - both those who supported me and those who did not vote for me”, she told journalists in Tbilisi noting that her most important goal is “to unity the society, ensure stability in the country”.

On Wednesday the second round of presidential election was held in Georgia. The two candidates are Salome Zurabishvili endorsed by the ruling party “Georgian Dream” and Grigol Vashadze from the opposition party “United National Movement”.