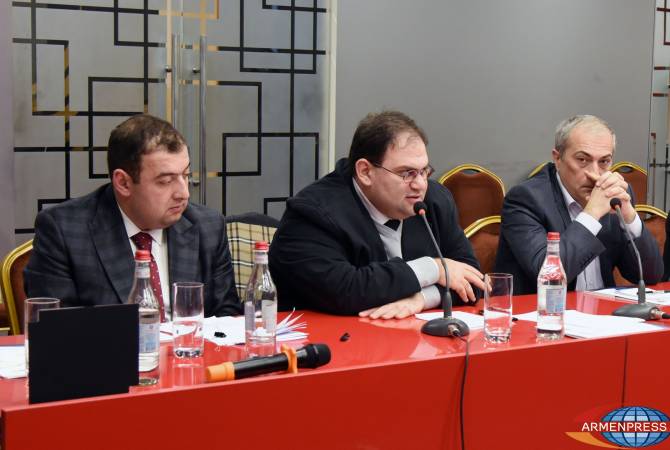 
YEREVAN, NOVEMBER 23, ARMENPRESS. The Armenian media in Diaspora has a role of preserving the national identity and people read Armenian newspapers for that purpose, ARMENPRESS reports Editor-in-Chief of Istanbul-based “Jamanak” daily Ara Gochunian during an international media conference “The role of media in the changing world”.

“In contrast to Armenia, our Diaspora media solves the issue of preservation of the national identity in addition to ensuring communication”, he said.

Ara Gochunian highlighted the role of well-trained journalists for raising the potential of the media. “We have to set to the work of preparing a new generation of young journalists”, the  Editor-in-Chief of “Jamanak” daily said.