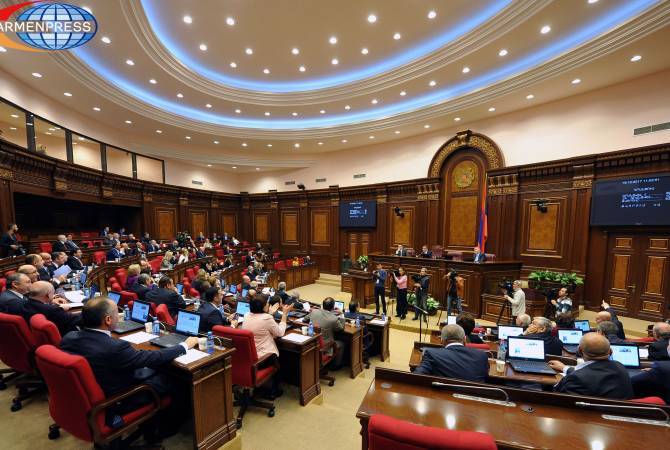 66 MPs voted in favor of the draft budget, 4 voted against and 2 abstained.

Republican lawmakers Eduard Sharmazanov, Arpine Hovhannisyan and Armen Ashotyan were among those who voted in down. Ahead of the vote they announced they will vote against the bill.

“Despite the fact that the HHK [Republican faction] has announced it will vote in favor, I will vote against. This is a regressive budget, this isn't an inert budget, and I will vote against the bill,” said Sharmazanov, who is also the Deputy Speaker of Parliament.

However, HHK faction leader Vahram Baghdasaryan said that their stance has not changed, but anyhow lawmakers are free to vote at their discretion.

Tsarukyan faction MP Tigran Urikhanyan said that the atmosphere of inequality has been manifested by the budget bills of the previous years. “Our faction expresses its support for the implementation of obligations assumed by the incumbent government,” he said.

During earlier debates the HHK, the ARF (Dashnaktsutyun) and Tsarukyan factions had said they will vote in favor of the bill.