Pashinyan says he visited Gegharkunik province as a PM 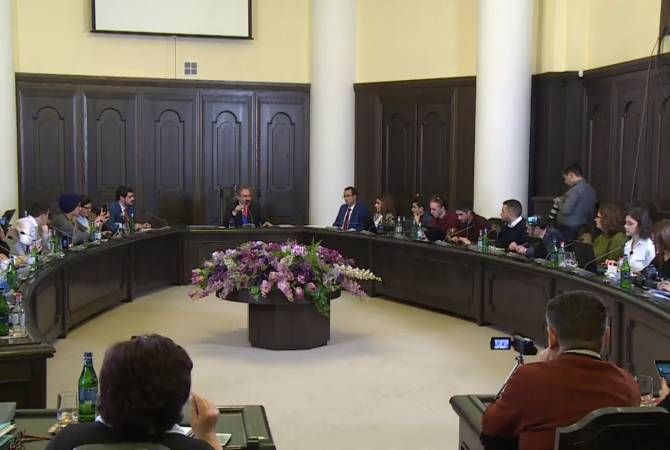 
YEREVAN, NOVEMBER 20, ARMENPRESS. Acting Prime Minister Nikol Pashinyan says his visit to Gegharkunik province on November 19 has been done within the frames of his working activity, reports Armenpress.

During today’s press conference in the government, asked whether his yesterday’s visit to Gegharkunik province doesn’t mean a launch of an election campaign and use of administrative leverage, Pashinyan said he visited many provinces during his tenure, and this is not something new.

“There are no restrictions for anyone to visit Gegharkunik province, and as far as I know the representatives of other political forces also visit [the province]. In this case I visited as a PM. The PM is a political status, and I made political remarks in contacts with the residents”, he said, adding that he visited various provinces numerous times, met with the community leaders and locals.