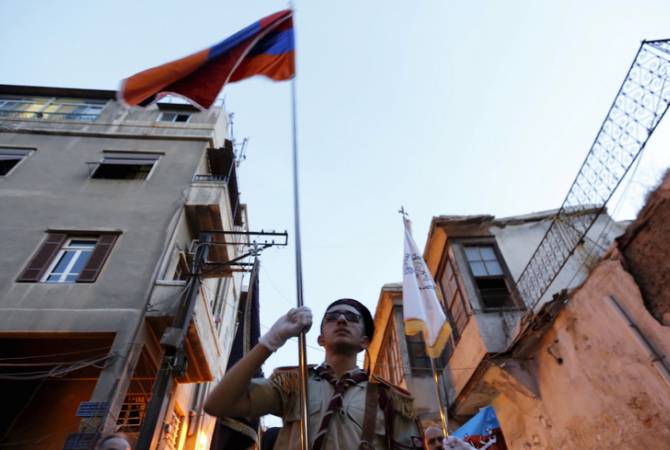 
YEREVAN, NOVEMBER 19, ARMENPRESS. While various ethnic groups of Syria, including Kurds, Turkmens and Syrian Christians seek asylum in Turkey as a result of the Syrian war that started in 2011, Syrian Armenians avoid finding asylum in that country. Turkish journalist Serdar Korucu examined this fact who published in Al-Monitor an article, explaining why Armenians avoid Turkey.

ARMENPRESS reports the journalist notes that As a result of the war, Kurds and Turkmens sought refuge in neighboring countries such as Jordan, Lebanon and Turkey. All Syrian ethnic groups flowed into Turkey save for Syrian Armenians. According to official data, over 3.5 million Syrian refugees live in Turkey, but there are no Armenians among them.

“This can’t just be because of the low ratio of Armenians to the overall Syrian population. There has to be another reason”, Serdar Korucu told himself.

While looking into the issue, he met a Syrian Armenian in Turkey and asked her, “When Turkey is so close, why are Syrian Armenians not coming there?” She told him, “Yes, Turkey’s border is very close, but in real life it is too remote from us.” The reason is the Armenian Genocide of 1915.

“Syrian Armenians were the ones who fled to Aleppo from Anatolia about 100 years ago. Their massacre memories are so fresh they decided not to come to Turkey,’’ Korucu said. The memories of massacres caused Armenians to opt for more difficult and dangerous travels instead of going to Turkey, he said, adding that some went to Lebanon, some to Armenia and those who could traveled to Western countries.

Korucu spoke with 22 Syrian Armenians, 21 of whom had settled in Armenia. Korucu published the interviews in a book, whose title could be translated as “Those Absent from Aleppo.”

Manuel Khesisyan of Aleppo told him, “I was born in Aleppo. My father was born while escaping the massacres. My mother was also born in Aleppo. We constantly listened to their sagas of the massacres. We know what our father and grandfather told us. One and a half million Armenians were killed. There is our Maras [in southeast Turkey]. Our grandchildren should know that we had our homeland and we were expelled from it.”

All those who spoke with him had memories similar to Khesisyan's. They all had listened to the memories and testimonies of their grandparents who were deported from Anatolia in 1915, about the life-risking travel they underwent to arrive in Syria, how they lost so many people during their escape and how they then established their lives in Aleppo. Referring to the raging war in Syria, Korucu said that 100 years after “the massacres, this community received another hard blow.”

Saghik Rastgelenian, now in Yerevan, Armenia, spoke of the chain of disasters he had to cope with. He told Korucu, “As Armenians our lives are full of adventures and tragedies as if this is our destiny. I used to participate in April 24 observances [Armenian Genocide Remembrance Day]. They were very painful. But that pain reminds us that we are also strong.”

Lena Shamliyanise Serdar spoke with Korucu in Yerevan and told him, “This ongoing Syrian war is our second genocide. My grandfather lived through the first genocide when they escaped to Syria from Urfa in 1915.”

The Turkish journalist noted that avoiding Turkey while fleeing Syria is not conditioned only by the memories, but also is the result of the attitude of Turkey towards Armenians in the present. “Syrian Armenians think that if they go to Turkey, they will be mistreated for being Armenian”, Serdar Korucu emphasized.