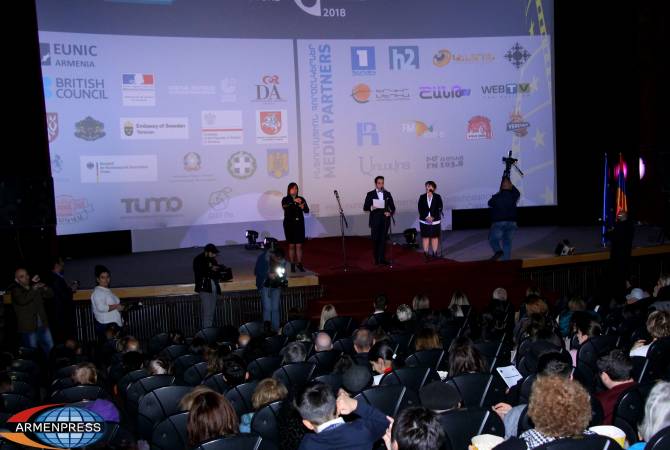 
YEREVAN, NOVEMBER 17, ARMENPRESS. The grand opening of the European Film Festival took place November 17 at Yerevan’s Moscow Cinema. New movies from 11 European countries will be screened in the festival.

Screenings will take place in Yerevan, Gyumri and Dilijan.

“Armenia is the country of Sergei Parajanov,” said EU Ambassador Piotr Switalski. “A country that has had its huge and valuable contribution in cinematography in many countries worldwide and in Europe. We see that the Armenian audience is watching films of various productions – Hollywood, Bollywood, MosFilm, and we thought why not show European production movies to the Armenian society? We believe that through this festival we will be able to strengthen the bridge between the Armenian society and the expanded European society,” he said.

The festival kicked off with the screening of Colette – a 2018 biographical drama, directed by Wash Westmoreland, based upon the life of the French novelist Colette.

The EU delegation announced about the festival earlier on November 13.