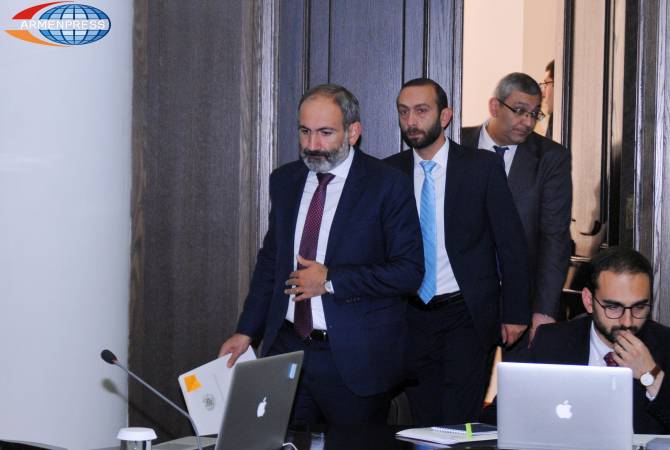 
YEREVAN, NOVEMBER 15, ARMENPRESS. The Cabinet today approved the bill on amending the law on the structure and function of the government.

Caretaker Justice Minister Artak Zeynalyan said that if passed, the Cabinet meetings will be held in an open-door format. Another change will be that the PM’s chief of staff will be authorized to sign the appendices of government or PM decisions, which in turn will improve the efficient and quick organization of further proceedings.

At the same time the bill mentions that a part of the Cabinet meetings, or its entirety, can in certain occasions be held in a closed-door format.

“This way we are solving the issue that caused stir in the past,” caretaker PM Nikol Pashinyan said.

The closed-door format of Cabinet meetings was introduced by Constitutional amendments but after Serzh Sargsyan resigned Nikol Pashinyan ordered the sittings to be held open.