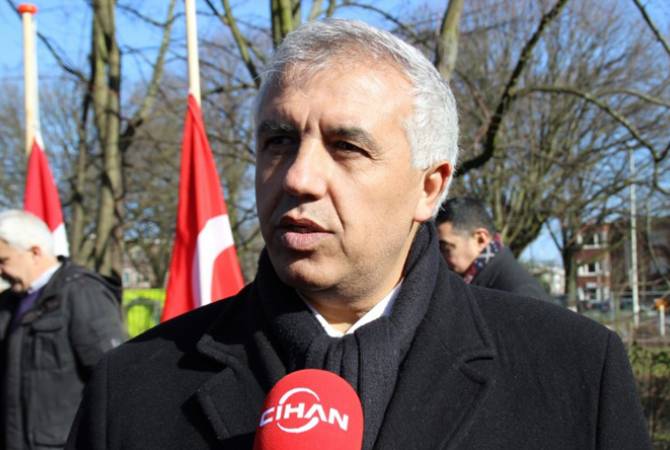 
YEREVAN, NOVEMBER 14, ARMENPRESS. The Court of Appeal of the Netherlands decided on November 14 not to change the verdict of the court of first instance appealed by Ilham Aşkın , chairman of the Turkish-Azerbaijani cultural union in The Hague.

On March 17, 2017 the court of 1st instance of Almelo made a verdict against Ilham Aşkın  with charges of provoking violence against Armenians, President of the Federation of Armenian Organisations in the Netherlands Mato Hakhverdyan told ARMENPRESS.

The trial of the Court of Appeal took place on October 17, 2018 and the verdict was published on November 14.

Ilham Aşkın is blamed for having chanted “Karabakh will be the grave of the Armenians” during a Turkish rally in Almelo. The court of 1st instance has sentenced Aşkın to 120 hours of community service and a suspended imprisonment of 1 month with a probation of 2 years, which is a more severe punishment than the prosecutor demanded.