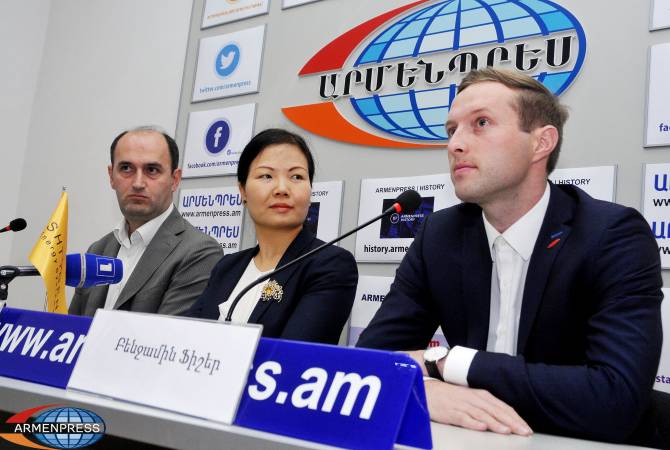 
YEREVAN, NOVEMBER 13, ARMENPRESS. The Energy Week Armenia 2018 will be held in Yerevan on November 14-16 which will be attended by leading international solar energy companies.

Hayk Shekyan, expert on solar energy, founder and CEO of Shtigen LLC, told a press conference in ARMENPRESS that the event is being held not only for the development of the business of private companies of the field, but also it is dedicated to the development of renewable energy in Armenia, energy security, solution of social issues and etc.

“The Energy Week Armenia will be quite representative. Several programs in solar, wind and hydropower sectors in our country will be observed. Armenia’s past path in the renewable field will be summed up within several days, the future programs will be discussed”, he said. Hayk Shekyan noted that the presence of international companies in Armenia speaks about the fact that being a small country Armenia has already captured its place in the renewable energy world map.

“There is an interest on implementing investment programs. The international business companies have seen a stable environment, a growing field and an understandable state policy. There is a perceivable, guaranteed environment for investors, and they are able to operate in the field”, he added.

Jing Lu, international expert in social energy, leading sales specialist at the Chinese Talesun, said Armenia has an attractive market in the field of renewable energy.

“Several years ago when we launched the cooperation with Shtigen, we were not well informed about Armenia and your country’s energy potential, but later we revealed Armenia’s renewable energy opportunities. Seems God loves Armenia very much as it’s a very sunny country”, the expert said.

Benjamin Fisher, international solar energy expert, regional development manager at the Austrian Fronius, stated that they are interested in Armenia’s market. “We see development prospects of the field here. We have implemented a joint program with the Shtigen last year. We are here because we are interested in the Armenian market. We are going to meet with the main participants of the market, as well as trainings will be held on the sidelines of the expected Energy Week”, he said.

In his turn Hayk Shekyan said the solar energy field in Armenia is rapidly developing in the recent years. “We have reached this thanks to a number of actions taken both by the state and the business. The interest among the people towards these technologies has significantly increased. According to the data of late October, the overall capacity of solar power plants installed reaches 8MW”, he said.