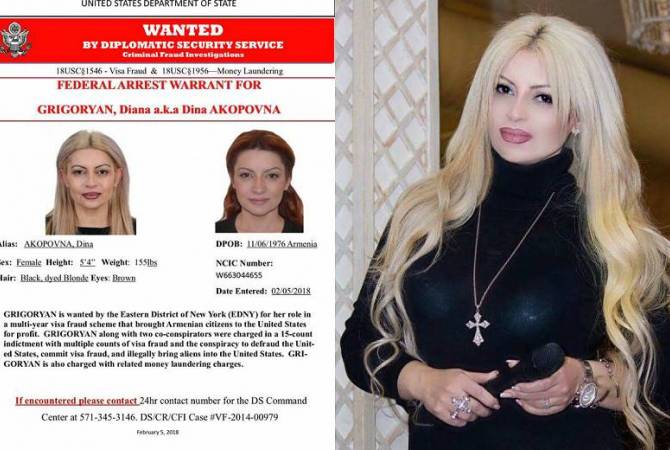 
YEREVAN, NOVEMBER 13, ARMENPRESS. Diana Grigoryan, aka Dina Akopovna, the 42-year-old Armenian woman wanted by U.S. law enforcement agencies for visa fraud and money laundering, has been released from jail in Yerevan after turning herself in to local police earlier in November, the general prosecution told ARMENPRESS.

The prosecution said that they had notified U.S. law enforcement agencies on the arrest day.

According to the prosecution, Grigoryan was released “based on the response received from U.S. authorized bodies” and a motion on granting pre-trial detention wasn’t submitted to court.

The prosecution didn’t specify what the response was.