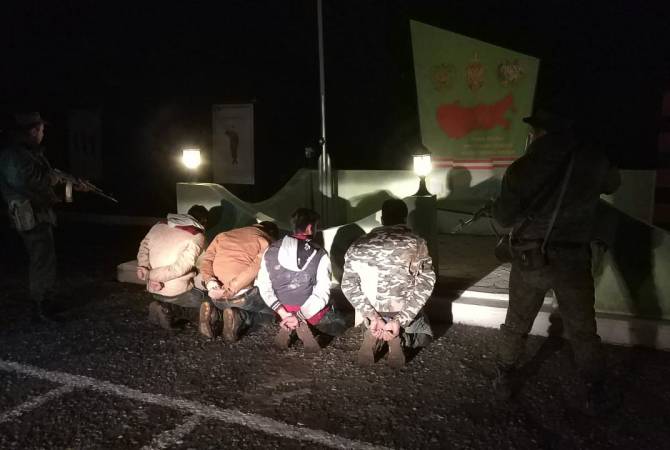 
YEREVAN, NOVEMBER 8, ARMENPRESS. Russian border guards stationed in Armenia have prevented yet another illegal border crossing attempt at the Armenian-Turkish border on November 7.

The Russian Federal Security Service’s border patrol department said agents of the Armavir border guard detachment apprehended four men who didn’t have any ID on them.

According to preliminary information, the border trespassers are citizens of India. They were carrying backpacks containing personal belongings and money.

According to the trespassers, they sought a better life and arrived to Armenia with the purpose of reaching European countries later through Turkey.

They were placed under arrest and handed over to law enforcement agencies for proceedings.