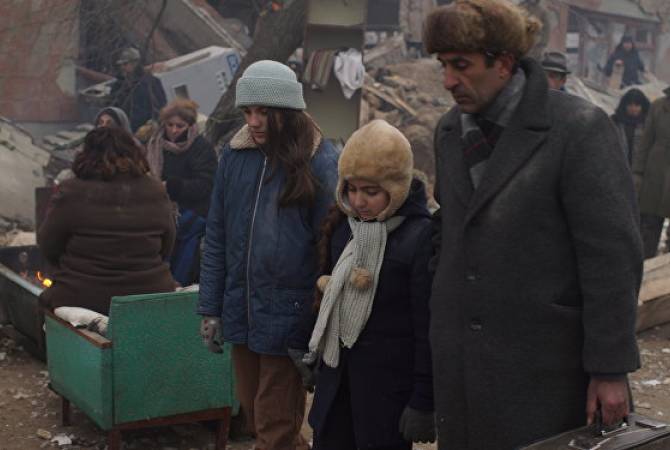 
YEREVAN, NOVEMBER 7, ARMENPRESS. The epic film Spitak – an Armenian-Russian production – that has been submitted to the Academy Awards (Oscars) for consideration in the Best Foreign Language Film category, will be screened in the United States, director Alexander Kott told TASS.

Spitak tells about the 1988 devastating earthquake that rocked Armenia, killing tens of thousands.

“As far as the chances for getting an Oscar, frankly speaking I think it has chances, like all others, but not so great [chances],” the filmmaker said. “Our film wasn’t screened in Cannes or Berlin. I’m not expecting victory, but the submission of a movie from Armenia for an Oscar is a big step in itself. Screenings will now take place in Washington, Miami, Los Angeles and New York,” he said.

The 91st Academy Awards ceremony, presented by the Academy of Motion Picture Arts and Sciences (AMPAS), will honor the best films of 2018 and will take place at the Dolby Theatre in Hollywood, Los Angeles, California. The ceremony will be held on February 24, 2019.

The deadline for submissions for the foreign language film category was 1 October 2018, with the Academy announcing a list of eligible films on 8 October. A total of 89 countries submitted a film, with 87 of those being accepted. The Academy will narrow down the list to five nominations.