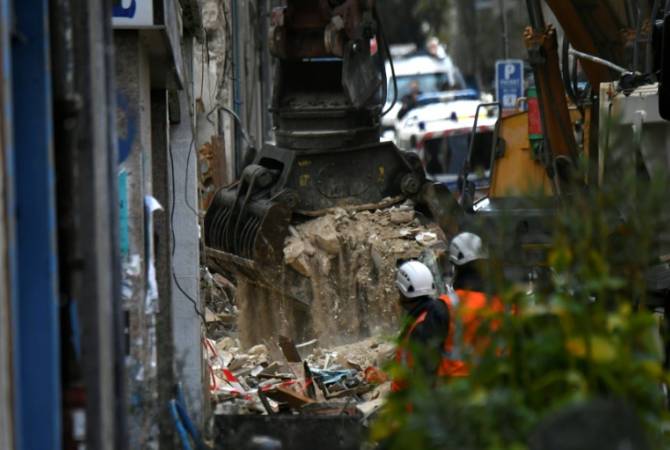 
YEREVAN, NOVEMBER 7, ARMENPRESS. Five people have been found dead in the rubble of two collapsed buildings in the French city of Marseille, AFP reported.

The buildings fell side by side on Monday morning on Rue d'Aubagne near the city's historic port, according to BBC.

Several other people remain unaccounted for. A third building at risk of collapse has been torn down by firefighters.

Residents said cracks had appeared in the buildings' walls in recent weeks.

The bodies of a man and a woman were the first to be found. Among those missing was an Italian woman.

Local authorities said an investigation will be carried out.

Marseille officials have now evacuated and re-housed 100 local residents as a precaution.

Renaud Muselier, president of the Provence-Alpes-Côte d'Azur region, has questioned the suitability of apartment blocks in the area.

"The risk is that it is a house of cards. It was a dilapidated building but there were owners and tenants there. It wasn't a slum," he said.