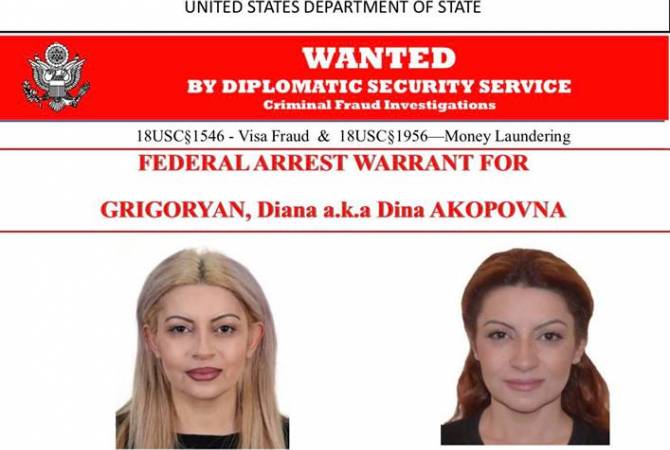 
YEREVAN, NOVEMBER 5, ARMENPRESS. A 42-year-old Armenian woman wanted by U.S. law enforcement agencies for visa fraud and money laundering has turned herself in to Yerevan police at 15:00, November 3, due to “explanatory works” of officers, police said in a press release.

The indictment was released earlier by the U.S. State Department in February.

Diana Grigoryan, aka Dina Akopovna, is charged in a 15-count indictment with multiple counts of visa fraud and with conspiracy to defraud the United States, commit visa fraud, and illegally bring aliens into the United States.  She is also charged with related money laundering charges.

She was wanted since February 2 by Interpol under a red notice.