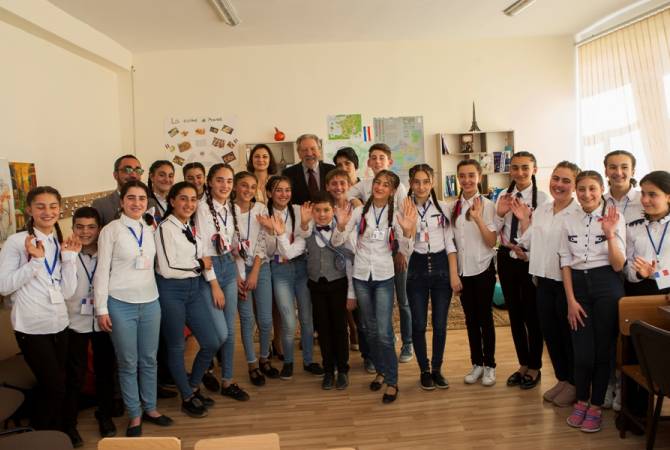 
YEREVAN, NOVEMBER 5, ARMENPRESS. A classroom for French language courses named after the late French-Armenian singer Charles Aznavour has been inaugurated in the #11 public school of Hrazdan, a town 45km northeast of the capital of Yerevan.

The project has been realized as result of cooperation between the French-Armenian Development Foundation and the Stepan Gishyan Charity Foundation.

The French-Armenian Development Foundation is one of the five winners of a grant program announced by the Stepan Gishyan Charity Foundation.

“Students will learn French for two hours in all days of the week in this classroom, and those who will want to deepen their knowledge will be able to participate in additional classes, free of charge,” director of the Stepan Gishyan Charity Foundation Anna Gishyan said.

She said that they’ve brought books from France and that the classroom has modern equipment – creating the best conditions for learning the language.