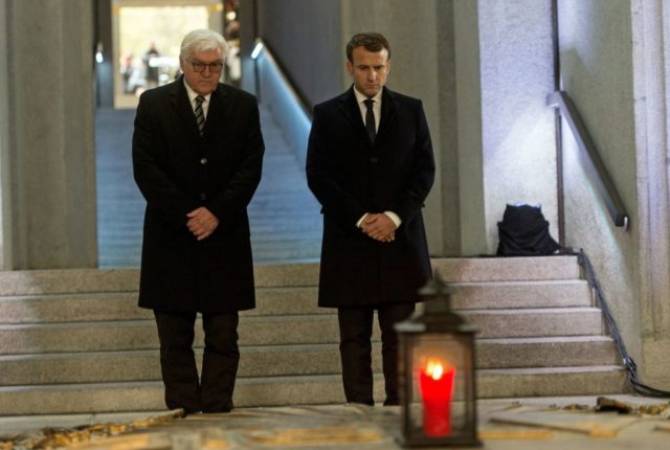 The commemoration began with a concert in the eastern border city — featuring German composer Ludwig van Beethoven and France's Claude Debussy — to celebrate the friendship between the two countries who were once war-time enemies.

Although he was born long after the conflict, 40-year-old Macron has warned against forgetting the lessons of the major conflicts of the 20th century.

"I am struck by similarities between the times we live in and those of between the two world wars," Macron told a French newspaper last week, adding that nationalism was a "leprosy" spreading worldwide.

Some 60 heads of state and government, including US President Donald Trump and Russian President Vladimir Putin, are expected to attend the culminating ceremony at the Arc de Triomphe in Paris on Sunday, November 11 — the actual date of the centenary. World leaders are then due to attend a three-day peace forum to be opened by Merkel, according to Deutsche Welle.