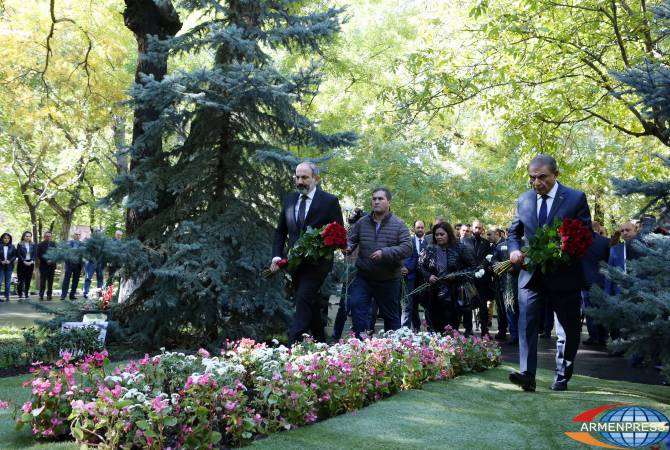 
YEREVAN, OCTOBER 27, ARMENPRESS. Acting Prime Minister of Armenia Nikol Pashinyan paid tribute to the memory of the victims of the 1999 October 27 terror attack in the Armenian parliament.