Armenian-American relations are of strategic importance for US – John Bolton 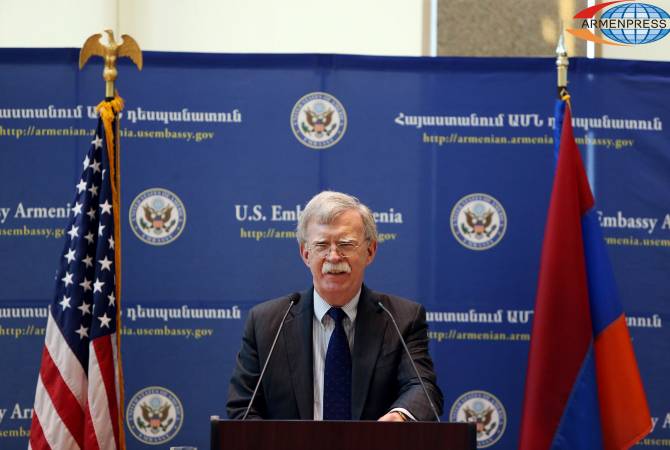 The US official said his meeting with Armenia’s high-ranking officials was quite full, a number of issues of bilateral interest were discussed.

“I have already met with the acting Prime Minister, the secretary of the Security Council, as well as the acting ministers of defense and foreign affairs. During the meetings I have stated that the Armenian-American relations are a priority and important for the US. They are of strategic significance for us. We have also touched upon regional issues, including the situation around Iran, Syria. We attached importance to the activeness of economic relations between our countries, increase of the US direct investments in Armenia”, John Bolton said.

He also touched upon the Nagorno Karabakh conflict.

“We are ready to have our support in the Nagorno Karabakh conflict settlement since this settlement derives from the interests of not only Armenia and Azerbaijan, but also the US”, he said.