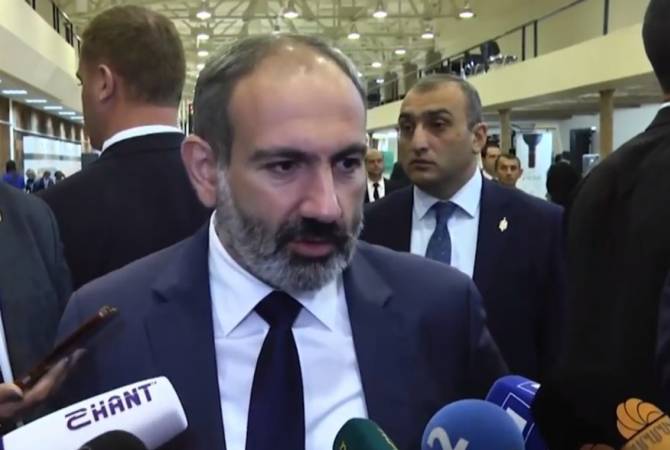 “I would like to congratulate on holding the [local self-governing body] elections. I regret that some of our candidates didn’t win in the elections, however I am happy that we made another step in reiterating our commitment to the values of the velvet revolution,” he said.

“What matters is that we fulfilled our obligation. I’ve said this before and I am repeating – elections will never be rigged anymore,” Pashinyan said.

He said that the approval ratings of their candidates were increasing until election day, but in certain places they didn’t manage to finish the work.

“Undoubtedly, the official results of the elections in all locations expresses the people’s choice,” he said, adding that “the revolution’s victory is obvious”.

The Central Electoral Commission has published the preliminary results of the October 21 local-self governing body elections in Armenia.

Elections took place in 49 communities of nine provinces, and also in the cities of Kapan, Ejmiatsin, Armavir and Hrazdan.

According to preliminary results, Diana Gasparyan – running for office from the Civil Contract Party – has been elected Mayor of Ejmiatsin. Gasparyan is the first woman elected mayor in the history of Armenia. The voter turnover in the Ejmiatsin mayoral election was rather low – only 15826 people from 45278 eligible voters cast their ballots.

Sevak Michaelyan, the son of Yelk MP Sasun Michaelyan, has been elected Mayor of Hrazdan. The turnover was 16259 from 44154 eligible voters, with Michaelyan garnering 10681 votes.

Independent politician Gevorg Parsyan has defeated Civil Contract’s Narek Babayan in the Kapan election. He was elected Mayor of Kapan with 10,507 votes, according to preliminary information. Babayan received 8499 votes. The turnover was 55,77%.

Civil Contract’s David Khudatyan was elected Mayor of Armavir with 6693 votes. Only 8969 people from 26036 eligible voters cast ballots in the election.

The Civil Contract Party is the political party chaired by Nikol Pashinyan.