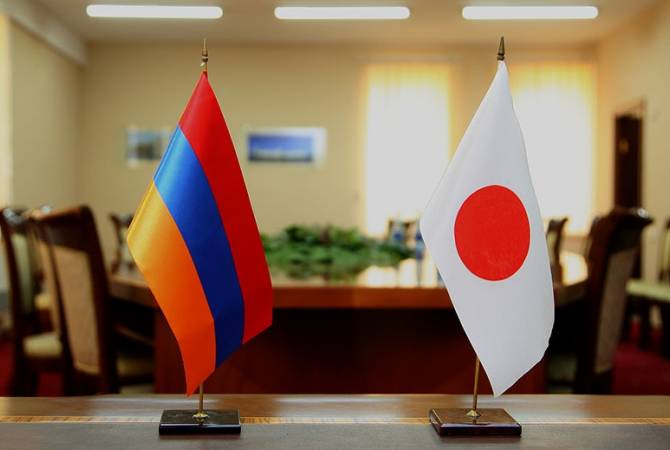 
YEREVAN, OCTOBER 18, ARMENPRESS. The Armenian government today approved the bill on ratifying the agreement between Armenia and Japan on liberalizing, encouraging and protecting investments.

Acting minister of economic development and investments Tigran Khachatryan said at the Cabinet meeting that the relations between Armenia and Japan have continuously progressed and developed during the recent years. 2017 marked the 25th anniversary of establishing diplomatic ties. The opening of the Armenian Embassy in Tokyo in 2010 and the opening of the Japanese Embassy in Yerevan in 2015 contributed to the more dynamic development of ties.

He said the ratification of the agreement will greatly boost and elevate the development of bilateral economic relations to a qualitatively new level. “The presence of a corresponding legal-contractual field will contribute to an increase of interest for the Armenian economy and investment flow,” Khachatryan said.

“Various level mutual-visits have become frequent. Consultations between the foreign ministries of the two countries take place regularly. Inter-parliamentary ties are on a high level. Productive cooperation within the framework of international organizations also exists,” he said, highlighting JICA – the Japan International Cooperation Agency – which carries out official assistance from Japan to Armenia.