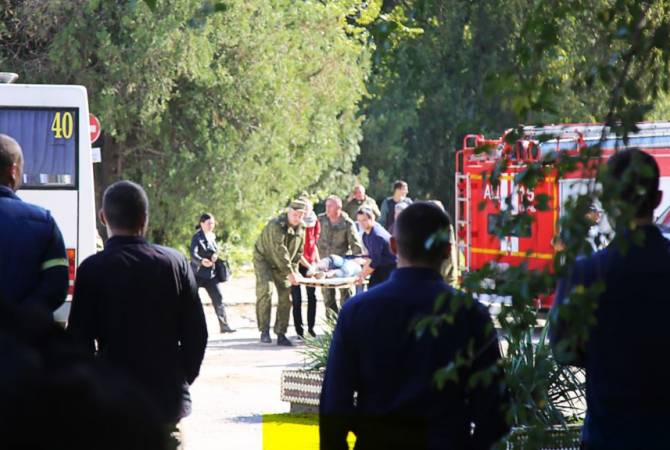 
YEREVAN, OCTOBER 18, ARMENPRESS. According to preliminary information there are no Armenians among the victims of the explosion in the Kerch college in Crimea, Armenian foreign ministry’s spokesperson Anna Naghdalyan told ARMENPRESS.

20 people were killed in the explosion on October 17.

Eleven out of 20 victims of the Kerch college shooting were under the age of 18, Russian Healthcare Minister Veronika Skvortsova told reporters on Thursday, TASS reports.

"Twenty people were killed, among them 15 students and five college employees. Eleven out of 15 students were under the age of 18," Skvortsova said.

Doctors have stabilized teenagers that remained in a critical condition at a hospital in Crimea's Kerch, she added.

"Those with very serious injuries were stabilized overnight," Skvortsova said.

On Wednesday, a student opened fire and orchestrated an explosion at the Kerch Polytechnic College in Crimea. He later committed suicide. The criminal case was initially opened over an act of terrorism, but was later reclassified as murder. A three-day mourning will start in Crimea on Thursday, TASS reports.