US ready to work with Armenia - Deputy Assistant Secretary of State 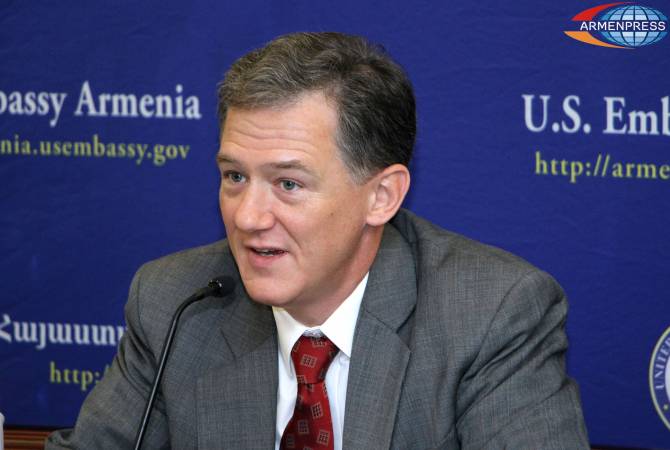 He said the upcoming meeting of the inter-governmental group, which will be held during 2019, will observe the further process of the Armenian-American relations in a new way.

“The United States is ready to work with Armenia. We are also ready to continue the support to Armenia in fight against corruption”, the US official said.

He stated that during his visit he had a discussion with the Armenian-American chamber of commerce about the opportunities existing in Armenia. “We are also ready to work on the direction of diversification of Armenia’s economy, creation of new jobs. The American University of Armenia can prepare specialists of next generation”, he added.

George Kent also attached importance to the US investments in Armenia in the fields of hydropower and mining industry.

He informed that this is his second visit to Armenia during which he met with Prime Minister Nikol Pashinyan, state officials, as well as civil society and business community representatives.