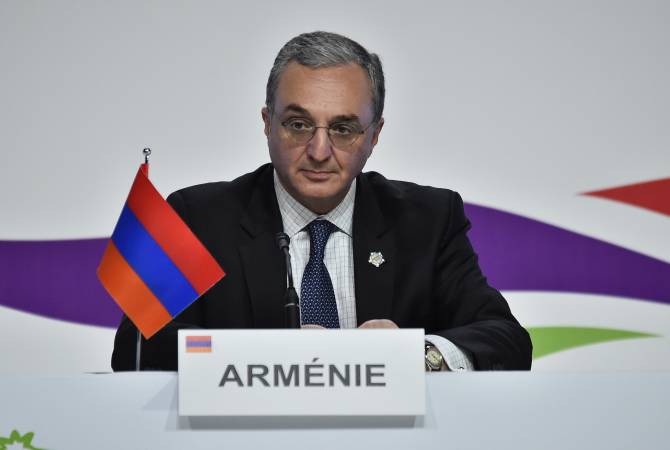 The Armenian FM emphasized that it’s a great honor for Armenia for serving as a platform for a key international gathering. “The Armenian people are faithful towards the traditions of hospitability of their ancestors. We welcomed with open-arms representatives of countries from different continents. The Armenian youth participated in the events with great enthusiasm and love towards the French language and the Francophone culture. I would also like to recall the moments of grief that we lived as a result of the demise of Charles Aznavour”, FM Mnatsakanyan said, thanking French President Macron for involving Armenia in the ceremony of national tribute to Charles Aznavour on October 5.

Armenia has assumed the chairmanship over the organization’s summit for the period until 2020.