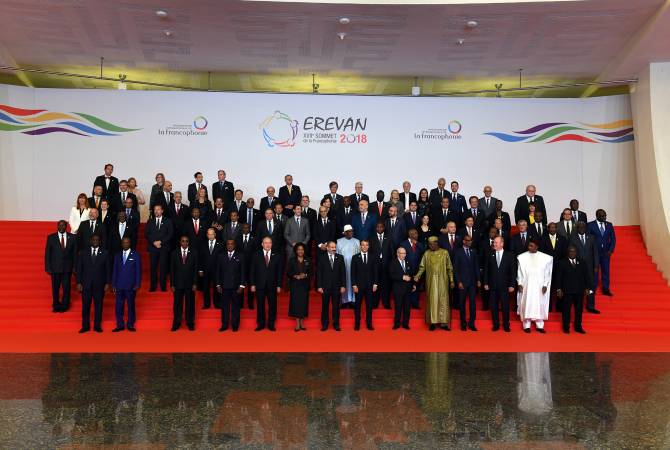 
YEREVAN, OCTOBER 11, ARMENPRESS. Global leaders took a group photo at the beginning of the XVII La Francophonie summit at the Karen Demirchyan Sports and Concert Complex in Yerevan.

Delegations from 84 countries and leaders of 38 countries have arrived to take part in the summit.

Armenia will assume chairmanship of the La Francophonie from Madagascar.

The summit will debate membership or status change bids.

The summit will take place today and October 12.

11:29, 05.19.2022
2939 views U.S. recognizes role of population of Nagorno-Karabakh in deciding its future–Ambassador Tracy’s interview to ARMENPRESS