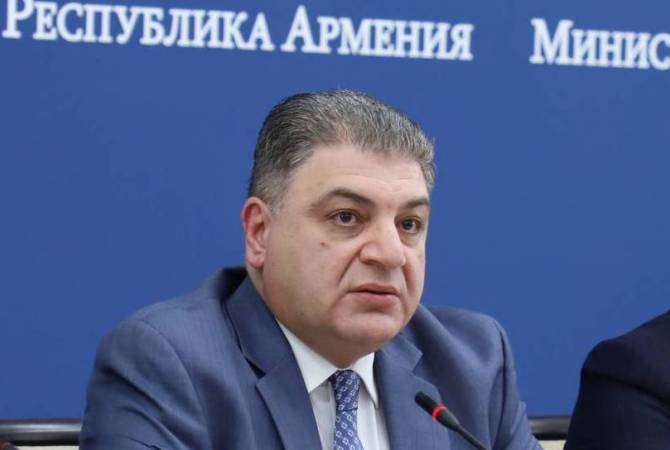 
YEREVAN, OCTOBER 6, ARMENPRESS. Francophonie events will take place in Armenia on October 7-12. Secretary General of the Ministry of Foreign Affairs of the Republic of Armenia and the general coordinator of the preparatory works for the Summit of La Francophonie Vahagn Melikyan gave an interview to ARMENPRESS.

- Mr. Melikyan, when did the preparatory works kick off and at which point are they now?

- The preparatory works of the 17th summit of the Francophonie kicked off 1.5 years ago. Today we have reached a point when we make the final adjustments and corrections so as we manage to carry out this responsible task with honor. Such a large-scale event has never been held in Armenia. There over 40 Heads of State and Heads of Governments, Foreign ministers, representatives of different levels that have arrived and will arrive in Armenia. We expect 1000s of guests. In short, we are ready to host Francophonie summit.

-What kind of events will be held on October 7-12?

We have organized a major gala concert on October 11 at the Republican Square where the entry is free also for our public and this concert will be unprecedented by its scale and representation.

To the question how many guests are expected to arrive, Vahagn Melikyan said that they expect 3500 people, which is a record high number compared with the previous 16 summits, adding that the recent developments in Armenia have raised the interest towards Armenia.

The general coordinator of the preparatory works for the Summit of La Francophonie said that October 11-12 are non-working days in Armenia in order to ensure the movement of the delegations, as well as the people.

OIF organizes political activities and actions of multilateral cooperation that benefit French-speaking populations. Its actions respect cultural and linguistic diversity and serve to promote the French language, peace and sustainable development. IOF has concluded 33 cooperation agreements with international and regional organisations and has established permanent dialogue between the major international linguistic zones (the English, Portuguese, Spanish, and Arab-speaking zones).

The IOF has its head office in Paris as well as four permanent representations in Addis Ababa (at the African Union and at the United Nations Economic Commission for Africa), in Brussels (at the European Union), in New York and in Geneva (at the UN). It has three regional offices (West Africa ; Central Africa and Indian Ocean ; Asia-Pacific) located respectively in Lomé (Togo), Libreville (Gabon) and Hanoi (Vietnam) and two regional antennas in Bucharest (Romania) and in Port-au-Prince (Haiti). Alongside the IOF, the Parliamentary Assembly of La Francophonie and the four direct operators are responsible for implementing the programs decided at the Summits.