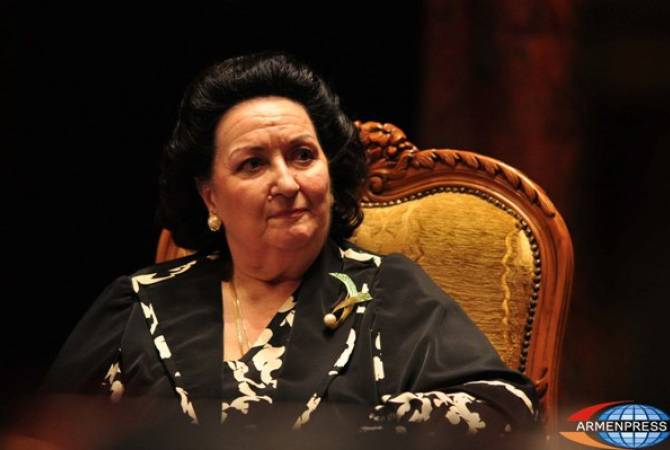 
YEREVAN, OCTOBER 6, ARMENPRESS. World famous opera singer Montserrat Caballé has died aged 85 in Barcelona. ARMENPRESS reports she had been suffering from health complaints for some time and was admitted to hospital in Barcelona last month.

Montserrat Caballé was born in 1933. She was considered one of the best sopranos of the 20th century.

In 2013 the President of Armenia endowed Montserrat Caballé with a high state award – the Order of Honor, for her outstanding contribution to the world’s musical culture.