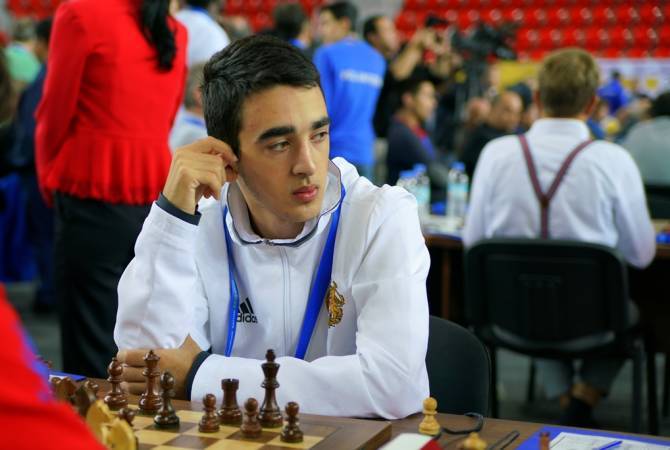 
YEREVAN, OCTOBER 3, ARMENPRESS. Men’s and women’s chess teams of Armenia again defeated their rivals in the 9th round of the 43rd FIDE Chess World Olympiad taking place in Batumi, Georgia.

ARMENPRESS reports the Armenian men’s team defeated the team of India 2.5-1.5 thank to the victory of Hayk Martirosyan. Levon Aronian, Gabriel Sargsyan and Hrant Melkumyan ended in a draw.

Women’s team defeated the team of Iran 3-1. Elina Danielyan and Anna Sargsyan are the winners of the Armenian team. Lilit Mkrtchyan and Siranush Ghukasyan ended in a draw.

2 rounds are remaining until the end of the Olympiad