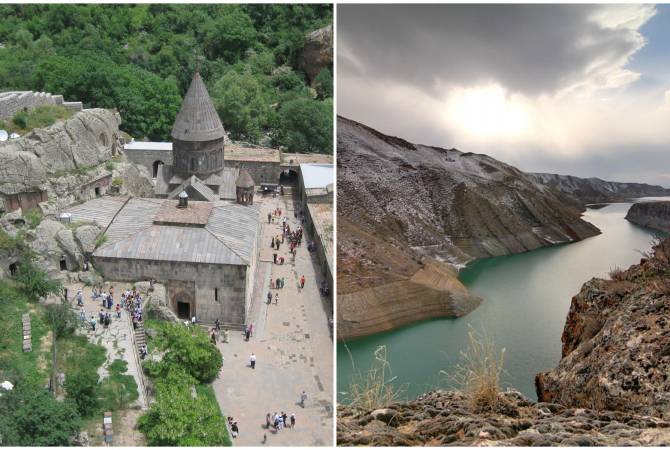 The committee unanimously voted in favor of including the bid in the agenda of the upcoming sitting of the 1999 Second Protocol’s intergovernmental commission.

The monastery of Geghard contains a number of churches and tombs, most of them cut into the rock, which illustrate the very peak of Armenian medieval architecture. The complex of medieval buildings is set into a landscape of great natural beauty, surrounded by towering cliffs at the entrance to the Azat Valley.

“Enhanced protection” is a mechanism established by the 1999 Second Protocol to the 1954 Hague Convention for the Protection of Cultural Property in the Event of Armed Conflict. It aims to ensure full and effective protection of specifically designated cultural property during international or non-international armed conflicts.

Cultural property under enhanced protection benefits from high level immunity which requires the parties to a conflict to refrain from making such property the object of attack or from any use of the property or its immediate surroundings to support military action. In case where individuals do not respect the enhanced protection granted to a cultural property, criminal sanctions have been laid down by the 1999 Second Protocol.

As of today, twelve cultural properties were inscribed on the List of Cultural Property under Enhanced Protection.

To ensure the recognition and identification of cultural property under enhanced protection, particularly during the conduct of hostilities, in order to ensure the effectiveness of the provisions of the 1999 Second Protocol and, more particularly, to contribute to the effectiveness of Article 12 of the 1999 Second Protocol on the “Immunity of cultural property under enhanced protection”, the following distinctive emblem was established by the Sixth Meeting of the States Parties.

11:29, 05.19.2022
2941 views U.S. recognizes role of population of Nagorno-Karabakh in deciding its future–Ambassador Tracy’s interview to ARMENPRESS