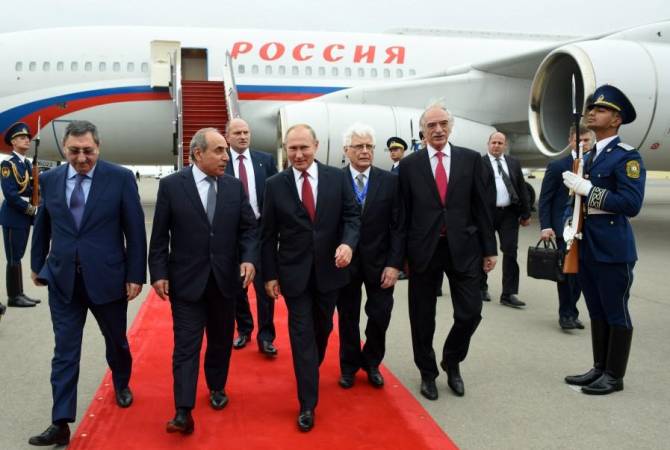 Putin is expected to meet with President of Azerbaijan Ilham Aliyev.

After the bilateral meeting, Putin and Aliyev will deliver remarks at the plenary session of the 9th Russian-Azerbaijani inter-regional conference, and later will attend the finals of the 32nd world judo championship.

After the events in Baku, Putin will depart for Tajikistan for the two-day meeting of CIS heads of state.