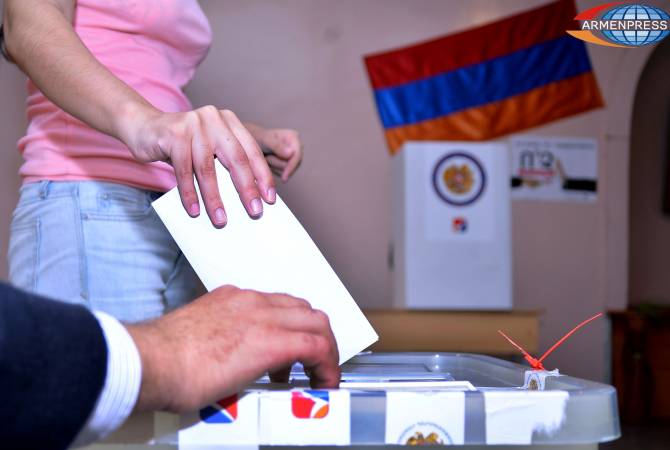 
YEREVAN, SEPTEMBER 26, ARMENPRESS. Armenian Prime Minister Nikol Pashinyan has addressed the ongoing domestic political changes in Armenia in his statement at the 73rd General Assembly of the United Nations. He noted that the people of Armenia succeeded in unpredicted and unprecedented revolution, without any violence, any victims or public disorder.

He mentioned how this process began when there were only dozens of them marching from the second biggest city of Armenia, Gyumri to the capital Yerevan.

“When we reached Yerevan, and showed our determination and devotion to the principle of non violence, our entire nation rose against the ruling regime, in unity and solidarity. And we won without a single shot and without any victims only through the peaceful demonstrations. We succeeded against all expectations: even well-known experts and thinktanks were skeptical about our victory. Against all odds, I was elected Prime Minister. I was elected in a Parliament, where I had only four reliable votes, including my own. Yet it was possible. It happened, because people were firm in their demand and the parliament, elected just a year ago, had no other choice than to follow the people's will,” he said.

He said that currently this parliament continues functioning but doesn’t represent the people’s will “as it was not [representing] before and during the revolution”.

“Why is it so? The answer is short. Because it was elected through the elections with massive vote buying process and use of administrative resources and oppression,” Pashinyan said.

He emphasized that as an important test for holding genuinely free and fair and competitive elections was the Yerevan city council election which took place on the very day he departed for NYC.

“The fact that all the candidates for the first time since Armenia's independence congratulated the winning candidate, speaks about the establishment of a completely new political culture in Armenia. In the same spirit We are now getting ready for snap parliamentary elections in Armenia. Free, fair and transparent elections will become an irreversible reality in Armenia and will bring strong and vibrant democratic institutions, the functioning system of checks and balances. Protecting our citizens' rights and ensuring freedom of speech, expression and assembly is very high on our government's agenda. From now on, there will be no possibility to manipulate the electoral process and undermine the trust of citizens,” he said.

“I would also like to stress that the current situation in Armenia is not just a change of a government or a ruling party. It is an establishment of a new political and governance system, which we name people's direct rule and people's direct governance. In order to institutionalize this system we intend to guarantee expression of the people's will not only through elections, but also through local and national referenda, to engage our people into the decision-making process. Having been a political prisoner myself, I do understand how significant it is to be able to speak out and decide your own future. Having assumed the responsibility, our team has a clear vision and strong political will to launch fundamental reforms aimed at eradicating corruption, creating transparent, accountable and efficient governance, safeguarding human rights and the rule of law, ensuring independence of judiciary and advancing economic growth through a free and competitive business environment and a favorable atmosphere for investments,” the PM added.