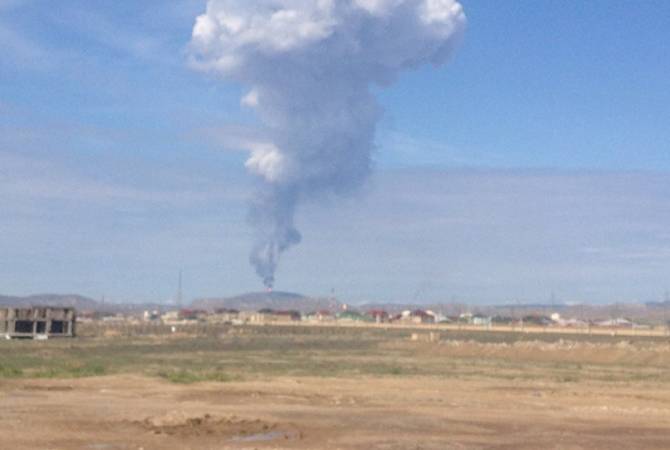 
YEREVAN, SEPTEMBER 23, ARMENPRESS. A mud volcano in the Qaradagh district of Baku, Azerbaijan, has erupted, according to local media reports.

According to the reports, the Toragay mud volcano erupted at 08:00 local time, and then again at 10:00.

There are no settlements in the immediate proximity of the volcano.

Over a thousand mud volcanoes are known to exist in the world, and some 400 of those are in the coastal area of Azerbaijan.