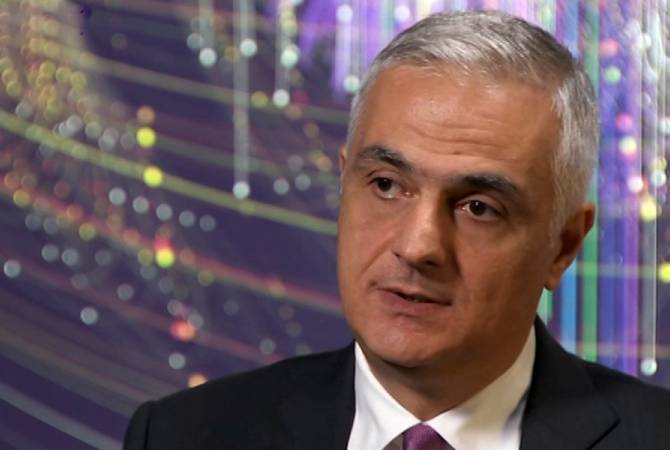 In an interview to MIR 24 TV, the Armenian deputy PM addressed the possibility of creating a single currency in the Eurasian Economic Union and prospects of achieving it.

Below is the question and answer during the interview:

Question: Now there is a tendency to refuse the dollar in mutual calculations in the territory of the Eurasian Economic Union. In your opinion, to what extent are the countries ready to fully transition to the Ruble, or for example the Tenge, in calculations.

Answer: You know, certainly having alternative and diversified currency calculations is very good and effective. It is a desired result for potential unions. It is also a rather difficult task which must be solved very delicately and in detail. This isn’t only a currency matter, it also relates to operational matters. This, after all, is a matter of symmetric support to the IT field. And this is a matter of harmonization of administrative, regulatory and other normative bases. This is possible theoretically, practically too, but this requires work. And, certainly, it is a difficult work. But it is real, if we study it. I believe that any economic union in different levels of activeness, including also the Eurasian Economic Union, will activate this work. This is obvious because even without any single currency zone the impacts which can be achieved from economic integration, unions, aren’t complete, if they work with the currency of another union or another country. In this sense I think, yes, this process is obvious, its actuality is obvious, and the process will proceed in a quite active manner. At least I think this way.”