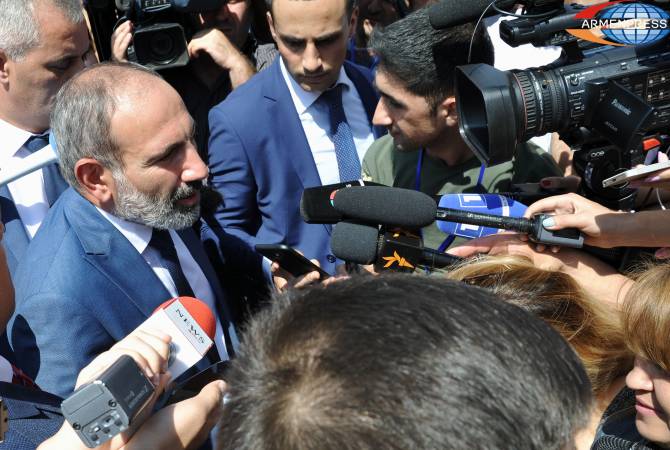 
YEREVAN, SEPTEMBER 15, ARMENPRESS. Armenian Prime Minister Nikol Pashinyan has responded to former President Robert Kocharyan’s statement, who earlier claimed “Nikol Pashinyan will regret that [he is messing with me]”.

Speaking to reporters today after an inauguration of a new medical facility in Yerevan, the Prime Minister stressed that with these kinds of statements the former president is displaying his own level of political perceptions and understandings.

To a reporter’s mention that Kocharyan had also claimed that the government sees a threat in him, Pashinyan said: “Kommersant newspaper had asked me that it is claimed that you are doing it for neutralizing the political factor. I have said this and I will repeat it now again – A political factor with the name of Robert Kocharyan doesn’t exist in Armenia.”