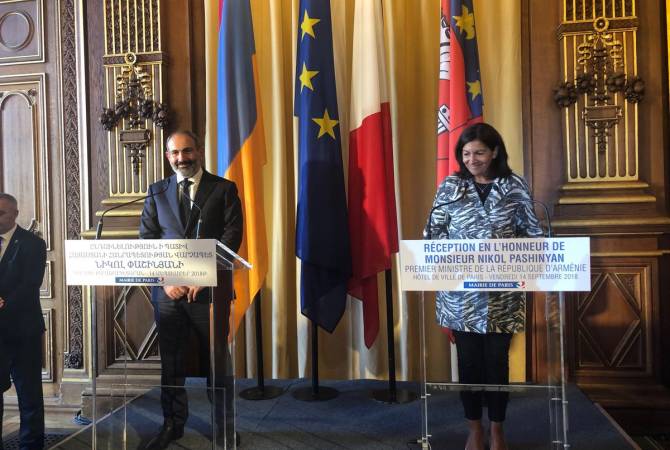 According to the Armenian Premier, the revolution in Armenia and the opening of “Tumo” centers in a number of countries show the key content of new Armenia. “We are a country that wants and is able to be an important and effective participant of the progress of the mankind and the civilization. We are a country that can contribute to the making people’s lives more free, tolerant and happy. We will walk in this direction”, the Armenian PM emphasized.

In his speech Nikol Pashinyan recalled the days of the revolution at Yerevan’s French Square, and noted that the sculpture of Rodin raised there is a real piece of art for him. “There was a symbol in that. Every time giving a speech at the French Square, next to Rodin’s sculpture, I recalled all the stories linked with all the revolutions of the world”, Pashinyan said.

“Recalling the French revolution and all the other revolutions I defined clearly the task for us – to lead a revolution that will rule out people’s suffering and we clearly defined our task. Our revolution was to be a revolution ruling out suffering, winners or losers, but a revolution of love and solidarity”, Pashinyan said.