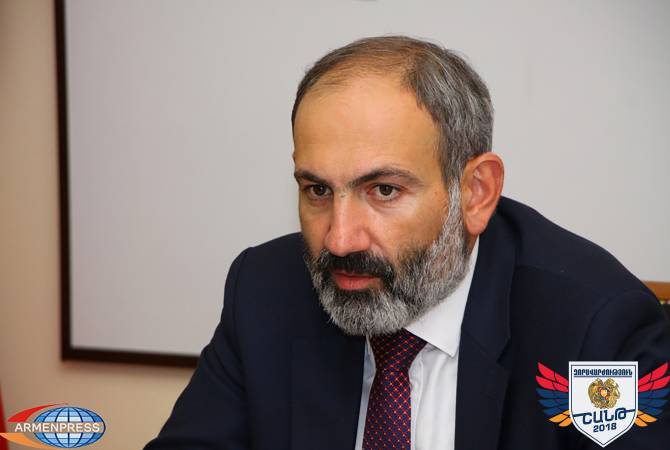 
YEREVAN, SEPTEMBER 13, ARMENPRESS. Actions of the leadership and the military of Artsakh are also calculated in the SHANT 2018 drills scenario, Prime Minister Nikol Pashinyan said at a press conference today in the defense ministry headquarters.

“The Republic of Armenia is the guarantor of security of Artsakh, and the simulative war situation is obviously linked to the Karabakh issue. The actions of the Republic of Artsakh and the armed forces are also calculated in the drills scenario,” the PM said.

According to the PM, the purpose of the drills is to ensure the smooth functioning of the state system in the event of wartime.

“There is always work to be done to reach perfection. We are analyzing the work of all chains, including the legislative content, as to what problems exist which can cause practical problems. The scenario envisages that everything happens unexpectedly. This scenario must be developed, and as a result of the drills we want to improve the state administration system  to such a degree that even in the most unexpected and most difficult scenarios it is able to maintain workability, combat readiness of the state and necessary activities,” he said.

“The PM has assumed the position of Commander in Chief yesterday evening,” he said.

The PM said that the results of the exercises will be analyzed, discussed and conclusions will be made.